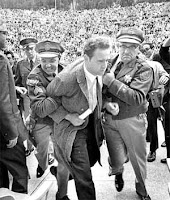 Free your mind from academia. True academic freedom only exists outside its walls. Socrates was no academy.

It's a sad day. Know that there are many of us that support you, many who agree with you. Your gamble is right on.