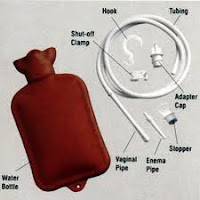 While I appreciate what you are trying to do on behalf of Nick Day, I am left wondering what is so disgusting about a douche bag that it has become such a low form of insult?

(For that matter, what is so revolting about the sex act that it has become a compulsive curse word. Or a female body part reduced to an ugly retort much more vicious than even a corresponding male body part?)

Shouldn't our educators be setting higher standards of discourse and attitudes?

My understanding is that a douchebag is largely (mostly?) gender-neutral.

It is used to attempt to wash out some residue without addressing the root cause of the ailment; somewhat like a president's spin.