Self-represented litigant discovers the truth about the "justice system" 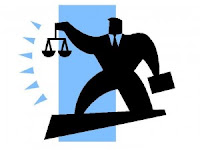 My name is Denis Rancourt. I am self-represented in a $1 million defamation lawsuit against me. The lawsuit is described HERE. And many of the legal documents are posted HERE.

Since that time, some twenty four (24) motions (or mini-trials) have been filed in the action.

For the first time in my life, after a 23-year career as a university physics professor, I had to stand in front of a judge, over and over again, and try to be heard and understood. I had to write legal documents of all kinds, and learn the complex rules of litigation, on-the-go, always in a rush, as best I could.

I learned about the grand principle known as the "open court principle" (said to be a Charter right) and how it does not apply, by some twisted logic on the mobius strip of legal "principles", to out-of-court cross-examinations where it would be most needed, where the bright light of public scrutiny would be most beneficial.

I learned that there are rules, but that these rules are not followed, and that the judge can make up all the rules he/she wants in order to achieve "a fair and efficient administration of justice": HERE.

I learned that, contrary to the the judicial mantra of "objectivity", at first instance the whole exercise is one of weighing the relative power and status of the opposing parties.

If there is somewhat of a balance in power and status of the opposing parties, then the court becomes an arbitration process to find the compromise that is least likely to be appealed to a higher court or to be negatively criticized within the legal establishment.

If there is a significant imbalance in power and status of the opposing parties, then the court becomes an outright instrument to maintain and strengthen the said imbalance, to preserve "the order of things", and to preserve the reputations and statuses of the illustrious members of the legal establishment (judges and lawyers) involved in the choreographed mobbing that will unfold.

The noncompliant element is processed by the system, using the full force of public (in-court) intimidation, enforcible exorbitant cost orders (for every "failed" step in the process), threats of contempt of court (a criminal offence), direct management of the litigant's time for preparation, and so on.

Public (and/or media) interest in the case provides some protection, but only to the extent that the thus exposed "processing" might impact intra-establishment reputations and statuses of the mobbers, or is perceived by the legal establishment to unacceptably put the entire "justice system in disrepute", thereby making maintaining "the order of things" more difficult.

I may be totally in error in my observations and perceptions and I may have learned false conclusions, but this is what I have learned. (It is a sad state of society that I must add the latter sentence, which is an obvious truism about learning.)

Posted by Denis Rancourt at 7:58 AM

Thanks for your post. Only those who are witnesses of or are experimenting what you are experimenting - to be a self-representative with no power and no relationships in the legal system vs. lawyers with power and relationships in the legal system - can fully understand what you mean - a complete imbalance of power and justice. This is scary and as a society we have to discuss about that, criticize, fight to have justice.

Thank you for posting. A valuable and important public service. More than I can say about most politicians and public servants.

Everything seems to confirm a single observation: we are living fake
lives, absurd lives in today's cities. Nothing actually exists of these so-called "acts" and "opinions" of ours. Truly important decisions are made beyond our observation, beyond the control of ordinary citizens. Everything we see is fake, a stage drowned in movie fog. We come and go like puppets in search of their own strings.

I long to send this message to a wiser man somewhere in time, far
away: "You should know that down here we are managed, surveyed, and
classified like insects by police and publicity men, or simply by the
mechanical stupidity of our own bureaucracy."

Slowly, revolt after revolt, torture after torture, this earth will eventually emerge into its true history. In the meantime I am eager to learn what is outside all these events, I want to see the mechanism beyond time itself.