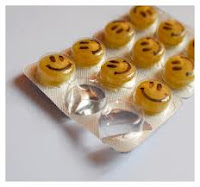 It is a serious question. If any other profession caused a fraction of the death rate due to medical interventions, then that profession would be prohibited from practicing until a full coroner's inquiry was ordered and completed. But not the medical profession. It kills with impunity, without any real oversight.

The numbers are staggering. In 1999, the Institute of Medicine (IOM, of the National Academy of Sciences of the US) published a first authoritative institutional report of medical errors, which disclosed that between 44,000 to 98,000 US citizens were being killed each year by medical errors.[1]

These numbers do not count the equally large death rate from "non-error" adverse effects of medicine.

In her brilliant article of 2000, the late Dr. Barbara Starfield reviewed the medical literature, in the light of the IOM report, and reported that the best estimate of total deaths from medicine in the US was between 230,000 and 284,000 deaths per year.[2]

That was in 2000, and the US population has increased by approximately 11% since then. It is reasonable to assume that the death rates from medicine have remained constant since 2000, which is not contradicted by any study or report. In fact, a detailed study published in 2010 showed no measurable improvement since the IOM report of 1999.[3] This means that presently in the US medicine kills between 250,000 and 310,000 US citizens per year, every year.

These deaths are entirely avoidable, since they are caused by the practice of establishment medicine. This means that halting the practice of medicine would save the lives of over one quarter of a million US citizens every year. Approximately 1000 lives would be saved each day that medicine is not practiced in the US. This is equivalent to the death rate from a large skyscraper collapsing every day.

The corresponding death rate is between 80 and 100 deaths per 100,000 per year. This death rate from medicine is the third leading cause of death in the US, after diseases of the heart and cancer. The other leading causes of death (bronchitis, stroke, non-medical accidents, Alzheimer's, diabetes, influenza/pneumonia, kidney failures, suicide, infections, liver failures) all have individual death rates that are far smaller than the death rate from medicine.[4]

As a percentage, the practice of medicine causes approximately 10-12% of all deaths in the US, compared to diseases of the heart (24%) and cancer (23%). Medicine is a major killer. Yet there is virtually no research funding to find a "cure" for the adverse affects of medicine. By comparison, mega research dollars are spent fighting diseases that medicine has proven itself ineffective at fighting.

The reality of the lethal side of medicine is such that medicine should have the onus to prove that it does more good than harm. If medicine were put to the test, proving its worth would be a difficult task: So-called meta-researchers who critically examine the published claims of benefits from medical drugs and procedures find that most medical research is wrong.[5]-[9]

An institutional analysis reveals an air-tight system in which the medical profession preys on the most vulnerable and kills patients at an alarming rate, without being able to demonstrate a net benefit, from the majority of its lucrative interventions, on the most desperate individuals in society (those with terminal illnesses).

Medicine is good at trauma interventions (car accidents, heart attacks) but may do more harm than good against the leading causes of death, and it is itself a leading cause of death.

All this leads me to suggest that the medical profession is unable to regulate itself, or objectively judge itself. It is in urgent need of external regulation and/or boycott or something. It should be stopped in most of its functions until we figure out how to disarm it.

One collapsing skyscraper per day! If Bush were around, he could start a war against medicine. And that would be more sane than any Obamacare. No public health policy makes any sense unless it deals with the third leading cause of death head on.

[4] For death rates which do not correctly account for deaths from medicine, see the annual National Vital Statistics Reports, such as the report entitled "Deaths: Final Data for 2010". http://www.cdc.gov/nchs/nvss.htm

[9] “On the sociology of medical meta-science: Exposing the Truth supports the Lie” by Denis G. Rancourt, 2011.  http://activistteacher.blogspot.ca/2011/11/on-sociology-of-medical-meta-science.html
Posted by Denis Rancourt at 8:18 PM