Has the Israel Lobby lost ground in its perpetual war against US academia? 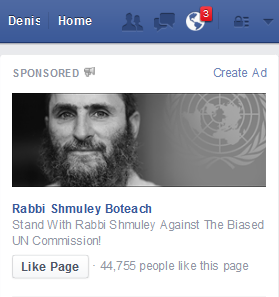 
The US Israel Lobby is dedicated inter alia to suffocating academic freedom and to intimidating all scholars away from any educational, research, or political stance against Israeli war crimes.

The Lobby does win victories, such when it blocked the tenure and all academic appointments of the outstanding scholar Norman Finkelstein, and too many others.

It wins, also, when it silences establishment critics of Israeli criminality, such as the remarkable and very recent case of Rev. Bruce M. Shipman, Priest-in-Charge of the Episcopal Church at Yale, who made the cardinal sin of authoring a letter in the New York Times that reads [1]:

Deborah E. Lipstadt makes far too little of the relationship between Israel's policies in the West Bank and Gaza and growing anti-Semitism in Europe and beyond.

The trend to which she alludes parallels the carnage in Gaza over the last five years, not to mention the perpetually stalled peace talks and the continuing occupation of the West Bank.

As hope for a two-state solution fades and Palestinian casualties continue to mount, the best antidote to anti-Semitism would be for Israel's patrons abroad to press the government of Prime Minister Benjamin Netanyahu for final-status resolution to the Palestinian question.

The writer is the Episcopal chaplain at Yale.


Within two weeks, Shipman resigned "on his own initiative", as per THIS YALE-STATEMENT.

Overall, the Lobby's seemingly-permanent territorial victory is evidenced by:
On the other hand, I argue below that there is significant evidence that the Israel Lobby has lost some ground in the wake of the latest steps in Israel's progressive and on-going genocide against Palestinians [2].

A premise of this article is that the US finance-military-corporate empire (US-Empire or Empire) exists. This empire is the largest human dominance-hierarchy to ever occupy the planet. It is based on economic and finance coercion, enforced by the most powerful military and covert-operations apparatus ever assembled.

The US has over 1000 military bases, on every continent except Antarctica. The US military can deploy anywhere and can control any airspace on any of its continental regions of direct exploitation.

The US controls the World money supply and is the sole provider of the dominant World-currency, the US-dollar, which the US prints at will. Any potential threat to the US-dollar (petro-dollar) by disallowed alternative currencies is met with military expediency.

Loans-followed-by-debt-extortion and corporate-predation are the preferred resource-pillaging mechanisms against national economies. When local elites do not enthusiastically cooperate, governments are overthrown and/or all-out paramilitary or military mass-murder and nation-destruction ensues. Ask any Latin American.

Irrespective of any academic debates about the mechanisms of global exploitation, a straightforward macro-economic view of World trade and of World debt is unambiguous, about the reality of the US-Empire [3].

Role of the Israel Lobby

Given the Empire, and given its special and apparently unconditional relationship to Israel, it is natural to ask: What is the complete role of the Israel Lobby?

The Empire’s main geopolitical focus presently is the Middle East, where the Empire is dedicated to actively and continuously prevent liberation and coalescence of Arab nations, so as to keep control of the territory and the energy resources. To achieve this, the Empire’s main policy in the Middle East is Israel, which is charged with continual war and sabotage against all Middle Eastern entities that would vie for independence from the Empire.

Thus, the Empire, via Israel, is embarked on a vicious and murderous project without-an-end in the Middle East, and this unsavory project must be sold to the Empire’s home populations, including both managers and ordinary citizens. That is the role of the Israel Lobby; to sell Israel and the continuous and deliberate carnage as acceptable and unavoidable.

That is why the Israel Lobby is actively engaged is creating Islamophobia, in exaggerating anti-Semitism, in constructing Nazi-holocaust remembrance, in suppressing academic freedom, in suppressing freedom of the press, in “finding” and pursuing alleged “terrorists”, in developing anti-speech [or] “anti-hate” laws, in promoting cultural ties with Israel, in attacking Muslim associations, in promoting the myth of unique Jewish suffering [6], and so on.

As such, the work of the Israel Lobby includes hundreds of ongoing campaigns to intimidate, discipline, fire, and vilify academics who dare to be critical of Israel or of US Middle East policy. The list of shut-out and targeted academics is a long one and includes the well-known cases of Joel Kovel, Ward Churchill, Norman Finkelstein, James Petras, Terri Ginsberg, William Robinson, David F. Noble, Steven Salaita, Iymen Chehade, and many others. The more an academic is threatening to the Lobby, the more aggressively that academic is attacked. My own case is also an example [7][8][9].

Here is the thing. When Lobby-influence recently had Steven Salaita summarily fired -- in the middle of the current slaughter in Gaza; for tweets he made about the slaughter -- there was some significant backlash. Professors identified with Salaita's impulse of spontaneous expression of disgust on Twitter, and were terrified that tenure might so easily be dissolved over social media exuberances.

Influential political scientist and academic blogger Corey Robin followed the Salaita story and nonchalantly suggested on August 8, 2014, that academics boycott the rogue university that had so misbehaved. Surprise. The boycott of the institution skyrocketed: Eminent scholars started publicly cancelling their invited appearances, and the protest movement was reported in the New York Times on August 31. By Robin's count on that day, 5 lectures were cancelled and almost 4000 boycotters had signed-on (all anti-Semites no doubt, :) ).

The backlash from the academic community was so massive, by academic-community standards, that the American Association of University Professors (AAUP) acted quickly (August 29) with a remarkably strong letter statement, by professional-association standards, clearly siding against Lobby wishes on the issue.

The sting caused the Chancellor and the Board of Trustees to get palpably excited. The Board even went through the motion of revisiting the firing, as a late attempt to cure some of the massive procedural anomalies and in a lame effort to cool the mark out, with the community.

The point is: Academia flexed its underused muscle and those aligned with the Lobby were thoroughly exposed and embarrassed. There is now a believable threat of the future possibility of broad and sustained boycotts of institutions that go too far. In addition, it practiced non-aligned academia in the tactic of solidarity, which cannot please the Lobby.

It will have made a difference to the degree that it helped some academics to become radically independent, and committed to creating some change, beyond the sole-use of on-line petitions. It widened the pool of academics who are susceptible to become more radical; which, in-turn, puts the Lobby in danger of coalescence-of-resisters and multiple flashpoints.

This is to be understood in the context of a growing and persistent academic boycott movement that is always finding new small pockets of adepts, and that derives strength from abroad, such as the UK. There are more and more constellations of academics in many fields that are joining calls for the academic and cultural boycott of Israel (LINK-BDSmovement).

The international Boycott Divestment Sanctions (BDS) movement truly irks the Lobby because it is widespread and diffuse, and it is not effectively discouraged by high-profile firings. BDS is a powerful message and it is constant support for all those who want to join. While the economic impact of such a popular boycott is difficult to appreciate, its potential to change hearts and minds on all sides is significant.

Israel's massive efforts to fabricate cultural and institutional ties, and to counter the cyber movement, are proof of the threat that BDS represents. Brute institutional power is not sufficient -- Israel must dig deeply to constantly counter the awakening movement.

A good illustration that the Lobby may be losing ground is a recent desperate and toothless move by the Amcha Initiative, a Zionist intimidation group that focusses on US universities.

Recently, hundreds of US Middle East Studies scholars signed a joint call for the boycott of Israeli academic institutions [10]. At the time of this writing, 586 scholars and librarians had signed.

The Amcha Initiative decided to act. The Amcha Initiative is a "non-profit organization dedicated to investigating, documenting, educating about, and combating antisemitism at institutions of higher education in America". Or, simply put, as it states "Protecting Jewish Students" (sic).

The best that Amcha could do was to publish the names and affiliations of the first 218 US signatories of the said call for boycott. It called its list "AMCHA Publishes List of Over 200 Anti-Israel Middle East Studies Professors".

The Amcha statement suggests: "Students who wish to become better educated on the Middle East without subjecting themselves to anti-Israel bias, or possibly even antisemitic rhetoric, may want to check which faculty members from their university are signatories before registering." And it asks: "How can professors who are so biased against the Jewish state accurately or fairly teach students about Israel or the Arab-Israel conflict?"

When the Lobby's actions are this ridiculous, it is a sign of weakness. Or spurious feebleness of mind? Amcha would have the state cull academia of those committing the thought crime of being "biased against the Jewish state", and would have us accept the mythical talking-point-notion that a professor can be free of bias.

Intellectual discourse and academic freedom are out. "Neutral" zombies are in. Criticism of Israel is bias, if not anti-Semitism (notice the weakened position here also), and recognizing the existential threat from the Gazan child-wielding terrorists is clear thinking. War crimes are self-defence, and so on, otherwise you are irrationally hostile against Jews, who have barely survived "The" Holocaust.

How long is this crap going to hold out? Amcha is one of many signals that the Zionist hold on US numbness-of-mind is falling apart. Soon there will be a renewed cycle of foreign policy examination in US elite circles -- brought on by social, if not academic, unrest; World, if not US, unrest.

[5] "The Holocaust Industry: Reflections on the Exploitation of Jewish Suffering" by Norman G. Finkelstein, Verso, NY, 2000.

[7] Recent interview of me by Kourosh Ziabari of the FARS News Agency: "Prof. Denis Rancourt: The United States Supports Israel for Constant Bloodletting in the Middle East", September 16, 2014. http://english.farsnews.com/newstext.aspx?nn=13930616000976


Dr. Denis G. Rancourt is a former tenured and Full Professor of physics at the University of Ottawa, Canada. He is known for his applications of physics education research (TVO Interview). He has published over 100 articles in leading scientific journals, and has written several social commentary essays. He is the author of the book Hierarchy and Free Expression in the Fight Against Racism. While he was at the University of Ottawa, he supported student activism and opposed the influence of the Israel lobby on that institution, which fired him for a false pretext in 2009: LINK.

Posted by Denis Rancourt at 5:19 PM