It's the Geopolitics, stupid! 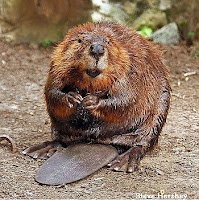 This is apparent in the client country "Canada", where no sovereignty is allowed, and where domestic policy is entirely about preventing any emergence of actual democracy.

It is glaringly obvious, to anyone who escapes the constant institutional social-engineering restrictions and blaring propaganda amplified by all the media, that US-led geopolitics determines every aspect of state management in Canada.

That US-led geopolitics determines every aspect of state management in Canada is true in every area of state involvement:

The "Conservative" and "Liberal" blocks are entirely aligned with the US "Republican" and "Democrat" blocks, to the point that it has become a cartoon, with pipelines swinging in different directions at the turn of elections, as easily as geopolitical directions.

The Canadian state, in the hands of the US governing complex, has given itself the task of gutting our minds and our political agency, in order to serve the US global campaigns, without the nuisance of popular domestic awareness or demands. This has been a long and continuing process, which accelerated in the 1980s, and became solidified by ever-increasing "globalization" agreements, and security "cooperation".

The truth is: there is no Canada. There is only an illusion maintained by servants. There are institutional remnants that would allow sovereignty to take hold, in a battle for the nation, but the intelligentsia and service managers have no interest in an independent and democratic nation on Canadian territory.

At this rate, eventually the majority of Canadians will experience something towards what the Aboriginals have experienced in Canada's genocide. Those who have had their families and lives destroyed by the "children's aid" and family court complex are already experiencing aboriginality at the hands of a vicious state system.

The corporate managers (including governments, which are corporations) already invest abroad, serve on the boards of multinationals, vacation in the US, accept tourist packages to Israel, send their kids to Harvard, and even occasionally try to import their facade party leaders from Harvard. The middle managers want a heated pool, vacation packages, big-screen entertainment, two cars, and a golden retirement.

All the others can fight among themselves, be institutionalized, and get fucked.