On the pleasure of watching the corporate media crash and burn 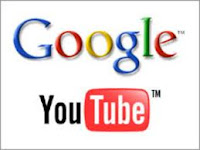 It has been a great pleasure watching the Canadian agenda rag CanWest ship nose dive into bankruptcy and disappear. Not even a gift bailout from the Harper Government (under the guise of a stimulus package) was able to materialize.

It's also nice everyday watching the likes of the CBC, the Globe and Mail, and the National Post, play catch up so as to avoid the embarrassment of not covering the real news that is viral on the internet. There are now many prominent examples of such catch up: G20-Toronto police violence, Climategate, Israeli crimes in international waters, and US war crimes in Afghanistan...

It's gotten to the point where the corporate media get their news from twitter after the rest of us do, since they gave up bothersome investigative journalism long ago.

But it's not enough for these now exposed servants of powerful interests to just crash and burn. They are so committed to kissing ass that they insist on serving with ridiculously overdone editorial and commentary constructions in the face of what is obvious to anyone who can say "Google".

In this way they bravely raise improbable edifices of opinion generation that are bound for catastrophic failures.

A recent example is described in this video (below), where thousands of US-Canada media "pieces" have been generated to ridicule and condemn the September 23, 2010, statements of Ahmadinejad at the UN, in the face of majority public skepticism about the 911 official story and the apparent acts of cover up. (And in the face of the transcript of the actual speech!)

This baby is gonna crash, just like the H1N1 swindle and many more.

It all makes one wonder what the mechanism for return to sanity away from corporate mind engineering will be if the internet is completely saddled for profit. Will photocopied tracts become hot items? Will photocopy lock-downs be implemented? ...

The Great Jonathan Kay from the National Post and his ass kissing, gate keeping post on Sept 24th.

The fact remains that powerful people who are outspoken supporters of Israel’s treatment of Palestinians are the same one’s who take the greatest offence to suggesting 911 might be an inside job. This leads me to believe that it is possible Israel may have had a hand in it. Lets face it, they benefited the most from 911. If fact it was a brilliant operation, to bad for them You Tube was invented around the same time, they did not see that one coming from behind them.


27 people left the hall when Ahmadinejad started talking, about 160 stayed and gave him a standing ovation when he was done. You will never see that on MSM.

In fact that speech probably accelerated plans by power to take him out much sooner than later.