Climate science is a "Zombie science" 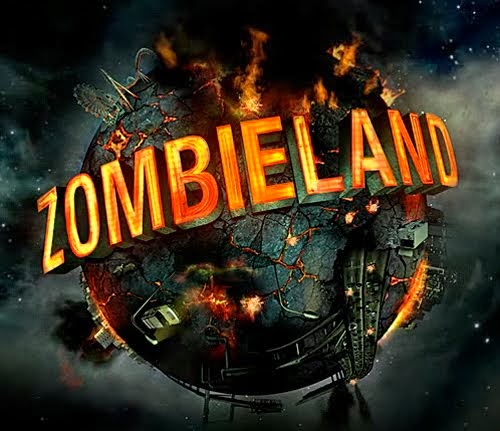 Dr. Bruce G. Charlton recently (2012) wrote an informed and polemical book entitled "Not even trying... The Corruption of real science". In this book, Dr. Charlton defines what he calls "Zombie science".

Here is the definition of Zombie science given in the on-line version of Dr. Charlton's book:

When a branch of science based on incoherent, false or phoney theories is serving a useful but non-scientific purpose it may be kept-going by continuous transfusions of cash from those whose non-scientific interests it serves.

For example, if a branch of pseudo-science based on a phoney theory is nonetheless valuable for political purposes (e.g. to justify a government intervention such as a new tax) or for marketing purposes (to provide the rationale for a marketing campaign) then real science expires and a ‘zombie science’ evolves.

Zombie science is science that is dead but will not lie down. It keeps twitching and lumbering around so that (from a distance, and with your eyes half-closed) zombie science looks much like real science.

But in fact the zombie has no life of its own; it is animated and moved only by the incessant pumping of funds.

*
Real science is coherent – and testable (testing being a matter of checking coherence with the result of past and future observations).

Real science finds its use, and gets its validation, from common sense evaluation and being deployed in technology.

Real science is validated (contingently) insofar as it leads to precise predictions that later come true; and leads to new ways of solving pressing problems and making useful changes in the world.

But zombie science is not coherent, therefore cannot be tested; its predications are vague or in fact retrospective summaries rather than predictions.

*
In a nutshell, zombie science is supported because it is useful propaganda; trading on the prestige which real science used-to have and which zombie science falsely claims for itself.

Zombie science is deployed in arenas such as political rhetoric, public administration, management, public relations, marketing and the mass media generally. It persuades, it constructs taboos, it buttresses rhetorical attempts to shape opinion.

Furthermore, most zombie sciences are supported by moral imperatives – to doubt the zombie science is therefore labelled as wicked, reckless, a tool of sinister and destructive forces.

To challenge zombie science is not merely to attack the livelihoods of zombie scientists (which, considering their consensus-based power, is itself dangerous) – but opens the attacker to being labelled a luddite, demagogue, anti-science, a denialist!

For all its incoherence and scientific worthlessness, zombie science therefore often comes across in the sound bite world of the mass media as being more plausible than real science; and it is precisely the superficial face-plausibility which in actuality is the sole and sufficient purpose of zombie science.


In contrast to objective reality, the warmist spin is spectacular.

Climate science is overwhelmingly supported by the establishment and by global finance which is hard at work installing a  multi-trillion-dollar carbon economy for its profit and to assist in extortion via a development tax against any regime that insists on economic independence. The public opinion battle appears to have been largely won. Valiant resistance is tolerated as a quaint demonstration of freedom of expression in the US. All other civil and societal sectors are aligned, by virtue of the mega-snow-job that equates ecological destruction with CO2 gas (a growth limiting plant nutrient), as opposed to its actual causes. (The cause of ecological destruction is ecological destruction!)

It is glaringly obvious that carbon "logic" is a major emerging instrument of global control and fortified exploitation that, like US dollar standing in the purchase of strategic resources, will be backed with military might. Yet, "deniers", including dedicated top scientists, are targeted as pure evil, being paid by destructive interests.

The holy apparatus of "peer review" is advanced as a truth detection instrument, where it is objectively known to be an establishment opinion imposition structure, which was rejected as such by none other than Albert Einstein, and which did not exist when science made virtually all of its greatest advances.

The climate models are opaque and not testable, and when the "predictions" from these models fail dramatically, multiple clouds of spin erupt from both the modellers and those who generated the "measurements". Most historic climatologists are intimidated into sheepish silence. Government scientists mostly tow the line. Official politically contrived reports (IPCC, etc.) fall over themselves to declare a CO2 crisis, year after year.

By contrast, simple and rigorous physics calculations conclusively show that other factors are orders of magnitude more important than CO2 in determining mean global surface temperature. The "other factors" (land use, water management) are made subservient to the CO2 gospel.

I mean, it should be thoroughly embarrassing to all professional climate scientists. How can they be so silent?

And there are armies of opportunists. The ecologists cite imperceptible global warming rather than denounce direct habitat destruction, which would put them into harsh conflict with immediate "economic interests". Green energy and environmental remediation (carbon storage, etc.) charlatans are only too happy to accept funding for bogus and unsustainable technologies. And on and on.

When global finance has a project that aligns with global geopolitical interests, present First World civil society and all professional employees are, in turn, easily aligned. At least for now, dissidents will continue to be mobbed by hoards of zombies.

Dr. Denis G. Rancourt is a former tenured and Full Professor of physics at the University of Ottawa, Canada. He is known for his applications of physics education research (TVO Interview). He practiced various areas of science (environmental geochemistry, soil science, spectroscopy, condensed matter physics, materials science) which were funded by a national agency, has published over 100 articles in leading scientific journals, and has written several social commentary essays. He is the author of the book Hierarchy and Free Expression in the Fight Against Racism. His articles and views about climate science include: LINK.

Posted by Denis Rancourt at 2:49 PM

How The Neoteric Science PhDs Have Wrecked The World http://cosmicconvergence.org/?p=6315

Thanks for another powerful piece on the AGW scam. I've re-posted on Wikispooks.


"Ecological alarmist scares have a lot in common with zombies. They seem to eat up people’s brains, they are mindless themselves, and most important, they are really, really hard to kill."
Willis Eschenbach

I just love the zombie science term it really does sum up whats taking place, but if you have been on bulla the rainbow mans blog you will realize, I am sure, that there is a real underlying problem with the climate but at this point in the magnetic decline it is only affecting the USA and surrounding countries, to this I would dearly like to here a view expressed by you in regards to the Atomic weight of the oil and corexant and the now soluble sea water infection that has resulted, and its effects upon the reproduction of sea fogs and primordial mist

I would also given your expertise in magnetics like your view on the Atomic distortion factors of HydroH2o@ Atomic six the mist or cloud that floats in our atmosphere and is the scientific fraternity at large aware of the distortion factors that is caused by electromagnetics or sunlight upon that said cloud or mists and is there any papers or documents published or otherwise alluding to or demonstrating this distortion factor that we could get our hand upon, we know its a David and Goliath war going on, but we are like you, practicing up on our sling shot abilities and here is a link to one of our last slingshots

http://bullatherainbowman.blogspot.com.au/ And keep the the great fight for your free speech as we also do at our end

Zombie science can be applied to so much ig what is being peddled as science these days. I work as a researcher and it iA bloody difficult to do anything unless you how the line of poitics and industry otherwise the funding dries up. I personally know people who have been threatened by the pharmaceutical companies as well as energy and utilities companies should they publish their findings.
One other area to which the term zombie science can be applied is the Darwinian theory of evolution. It meets all the requirements and hopelessely out of date yet anyone who dares to speak up is systematically shut up.