On the sacred space of the university classroom 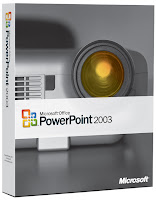 In this essay, I put forth that the PowerPoint(TM) presentation is a vehicle for fascism and that professors have pissed away their sacred duty to protect the classroom space from corporate rule; that the only way to fight indoctrination is to replace it with vibrant bursts of self-discovery that emanate from the rebellious self in conflict with the forces of oppression that assault the classroom.

In Canada the professor is the legal occupier of the university classroom during scheduled class times. This means that the professor effectively owns the space. University administrators cannot simply barge in, nor can the police come in without a warrant.

The professor can decide to have guests and can deny the entry of any person who is not a registered student.

In addition, professors have professional independence, known as academic freedom. They are bound only by their professional better judgement, all the usual laws forbidding criminal behaviour, accepted societal norms of ethical conduct, and any rules or policies that have been established by the collegial governance process for universities.

Only rules, guidelines or policies which have been adopted by the relevant collegial governance process have standing in the classroom. Rules unilaterally adopted by the administration cannot be used to limit an individual professor’s academic freedom.

National and international policy statements on academic freedom and legal precedent are unambiguous on the above points: Universities have institutional independence only to enable them to protect the individual academic freedoms of their professors and students. The university senate is the supreme authority on all academic matters originating through the collegial process. In law, university executives are managerial servants not CEO bosses.

Such is the legal status of the classroom in the Canadian university, irrespective of the corruption and hijacking that has led to the present de facto corporate-style managerial invasion that puts corporate branding and global player ass-kissing ahead of education and personal development. [See supporting links below.]

Given this legal status situation and given every professor’s first priority to provide all her students with maximized opportunity for learning, one would predict that the classroom would be a vibrant cauldron of debate, expression, creativity, challenges, questioning, influences, doubts, emotion, cooperation, competition, reflection, and synthesis.

Like a nightmare into Orwell’s future, the classroom has become a PowerPoint presentation in which the answer to your question is three slides back – see? Monkeys with guns. Robots with clickers. Professors are too preoccupied with writing what is publishable to do anything but deliver canned trivia, too insecure to put themselves at risk, too standardized to think on the spot, too specialized to know anything useful, too afraid to allow student freedom … they spend most of their energy preserving the image they have of themselves.

The professor has the legal apparatus to create a learning zone, protected from the insanity of the curriculum as roadmap and from the deadening call of the corporate mental environment, yet he chooses to participate in the killing of his students instead. She chooses to continue her own death rather than participate in life and in the lives of her students.

After all, the students want what they have been moulded into. They pay tuition and they want what they pay for. Many believe that what happens in front of a PowerPoint presentation IS learning and they would not want that “learning” to be interrupted by a lengthy discussion.

Of course most students at least unconsciously understand that they are buying a certificate and being initiated into the priesthood. And they have been so abused and so denied intellectual engagement that this acceptance into the order is all that is left for them. There is little chance of rebellion at this stage and they, like their professors, will now defend this image of themselves. They will defend their deaths rather than face their loses.

Such is the present state of university education. The outcome is exactly what the system wants: Cardboard managers of the Lie. It pays. It kills.

The answer is in the slaves themselves, in their capacity to rebel and to take their place – one personal rebellion at a time, sometimes coalescing with others, often not, always liberating when vehement enough to not be crushed.

All too true. If any of your students want some analysis of the broader situation, you might direct them to They're Building a Box - and You're In It - http://www.rudemacedon.ca/dlp/box/box-intro.html .