This is Canada::: No lawyers allowed during police interrogations 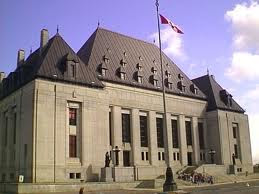 The Supreme Court of Canada has ruled that an accused does not have a right to be accompanied by a lawyer during a police interrogation.

The latter right is well established in the US but the majority judges argued that Canada is not the US. They actually argued that Canadian police are not like US police so Canadian accused do not need the same protections.

What do police need to do during their interrogations that a lawyer cannot be present?

The level of corporate fascism is so advanced that a majority of the judges don't see a problem here.

See all the "This is Canada" posts
Posted by Denis Rancourt at 7:19 PM

3 cases were brought before the Supreme Court (2 from BC, 1 from Manitoba).

Trent Terrence Sinclair from BC stated 5 times during the 5-hour long interrogation that he wants his lawyer present. Sinclair eventually implicated himself in the death of Garry Grice.

The other 2 cases are from Donald Russell McCrimmon (BC) and Stanley James Willier (Alberta).