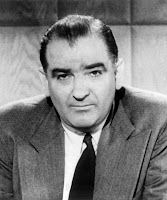 Today was DAY-3 of the binding labour arbitration hearing into the wrongful dismissal case of physics professor Denis Rancourt. Following a rough start (link to all posts about hearings), it was up to the University, in the person of union-busting lawyer Lynn Harnden, to make the opening statements.

The opening statement did not disappoint. It was over-the-top with partial and undated extracts from blog posts, media articles, emails from unidentified sources; including lyrics from Immortal Technique, a reference to the Ottawa bank firebombing, allegations of inciting violence (evidenced by not inciting violence), and more.

Harnden distributed paper copies of his 19-page statement to the media and public: HERE.

The public and the union were stunned, as was the grievor.

The union, in the person of labour lawyer Sean McGee, patiently responded orally in an almost two-hour presentation. Here are highlights:

"His ideas are so dangerous that he is not allowed on campus without a police escort."

"Can a professor challenge the established order and entrenched patterns of thought? Can a professor adopt a methodology in his teaching and defend and protect that methodology ... without fear of the capital punishment of termination?"

"The University is offended, inconvenienced, and students criticize ... his methods are unpopular and unconventional ... but what is this case about?"

"The University's portrait of a Mansonesque figure is such a distortion of the facts."

"The allegation of 'frivolous grading' is just not true. Nothing of the sort. This was a studied, carefully considered attempt to improve the way physics is taught and learned."

"Calling this 'academic fraud' is shocking hyperbole from an institution of higher learning. The University alleges 'frivolous', 'fraudulent', 'selfish' ... there is nothing to suggest selfish. In fact, quite the contrary ..."

"Case in point, the use of Immortal Technique to show how demonic professor Rancourt is and to allege his desperation in his desire to lure students ... is reminiscent of Catholic nuns in Ottawa urging young girls to stay away from Elvis Presley's concert and his lewd and gyrating hips... and this now in the 21st century."

"Professor Rancourt was made to be increasingly limited to a smaller and smaller sphere of activity: from no teaching in 1st year, to no teaching, to being locked out of his laboratory, to blocking his cinema series, to blocking access to his campus radio show, to no campus access without police escort, to termination."

"This is significant evidence that the University wanted to cut off his efforts to communicate his ideas."

"We are going to ask you to conclude that professor Rancourt does not incite people to violence -- does not, has not, and will not incite anyone to violence. For the University to cite the law about risks of violent acts -- raising that in this context - is - difficult - to - understand - ..."

"The University is funding the defamation lawsuit [St. Lewis v. Rancourt] it now uses as evidence for professor Rancourt's dismissal..."

"In the end, this is a bad faith attempt to get rid of him at all costs."

"Regardless of what you think of professor Rancourt, we will ask you to find that there were no grounds for dismissal."

Tomorrow is DAY-4. The University wants a discovery order to dig into the Immortal Technique connection... Meanwhile, it has supplied none of the emails of the upper administration's known "war room" meetings in firing Rancourt.

Following public submissions (LINK), the Arbitrator had released his decision to ban all video and audio recordings of the hearings, which are done without an official court transcript -- see ruling HERE. The University's on-record repeated attempts (E.G.) to block the grievor's UofOWatch blog during the hearings fell flat and was not mentioned or retained in the Arbitrator's decision.

Chronology of wrongful-dismissal background events: HERE.
.
Posted by Denis Rancourt at 11:34 AM

My best wishes to you, Denis. So much money and time wasted on this witch hunt. You will prevail because this is preposterous.