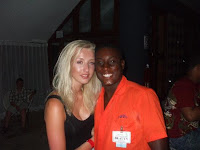 Education vs Praxis.
See this critique and the comments... [LINK]
When it's called anarchism is it anarchism?

Since the above Ottawa Indy Media link no longer works, here is the original article (newly posted on September 18, 2010):

Milstein’s talk upset many anarchists in the audience because her described approach to social justice activism appeared to be counter to anarchism principles while claiming to be grounded in the anarchist tradition.

Milstein wholly endorsed the mainstream idea that change is to a large degree driven and informed by education, that we need to educate ourselves and interact with the community in communicating our discoveries and proposals as key effective steps in catalyzing consciousness and activism. All of Milstein’s many examples were of this type.

By contrast, anarchists, such as Erico Malatesta that Milstein cites, embody the notion that the primordial catalyst for change is the act itself of resistance and defiance against one’s oppressors, that only such acts involving significant personal risk can inform one of the true nature of the oppression, and that any education devoid of a high-risk direct action component is theorizing in a vacuum, typically a vacuum that can only be sustained in highly privileged circles.

Such educational projects, even if they apply horizontal decision making and are inclusive, gender balanced, class conscious, etc., are nonetheless privileged and sophisticated forms of sticking one’s head in the sand. Creating a near-ideal community for mutual support is not activism in itself.

It is only a way of satisfying one’s basic needs for food, water, shelter, love, and community connections, but it does not satisfy one’s need for political agency to truly control one’s life as a citizen of the World. And it does not bring one in solidarity with those at the bottom of the capitalist project.

Only fighting one’s oppressors with the intensity required to be effective will put one at significant risk and only such actions and their backlash can inform one of the true nature of the exploitative instruments of oppression that feed on us all to remove our humanity and maximize profits, interest extortion, and control.

We need to stop thinking of education as a beginning or as a necessary first step. In our society, institutional education and alternative educations that mimic institutional forms by venerating education are instruments of co-optation that neutralize activism by intellectualizing consciousness.

Praxis is action and reflection as equals. Any actor contemplating resistance and its real consequences will be motivated to learn as much as possible about the situation and to perceive reality as clearly as possible. This learning will integrate all backlashes and responses and is not afforded the luxury of intellectualization or mental experimentation into a distant future of idealized possibilities.

Privilege-preserving intellectuals should have the honesty of recognizing their stances and should not use the cover of anarchism in their quests to create nurturing community devoid of the anarchist thrust to demolish dominant hierarchical structures. 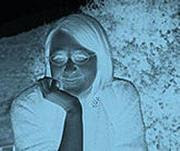 (Photo: Cindy Milstein as negative.)
Posted by Denis Rancourt at 7:48 PM No comments:

The CBC as an Instrument of Colonialism – Blind to Overt Racism

From: Denis Rancourt <>
Date: Sun, Jul 19, 2009 at 6:27 PM
..
Subject: ReVision Quest Feedback, complaint to the CBC Ombudsman
..
To: CBC Ombudsman <>
Cc: Chris Straw <>, liaison@radio-canada, marco.dube@cbc, angus.mckinnon@cbc, liaison@cbc
..
Dear Mr. Carlin,
..
I have attached below all the relevant exchanges in this matter.
..
I find the answer from Mr. Straw to be a confirmation of my concerns about ReVision Quest.
..
Therefore, I urge you to make a thorough investigation into this matter. It appears that there is a problematic (systemic?) culture within at least part of the CBC that would minimize and recast Canada's well documented and reported genocide of its aboriginal peoples.
..
You will have no problem finding the relevant scholarship on this question. The CBC must not act as an agent of a Canada that would deny, minimize, and recast its bloody history in the treatment of aboriginal peoples. Given Canada's documented history of divide and conquer tactics against aboriginals, having co-produced the show with "normalized" (assimilated) aboriginal citizens is not a valid excuse for the continued cover up and violations.
..
Portraying present aboriginal misery, which is the necessary fallout of cultural and physical genocide, as simply a social problem of individual choices and family psychology is an insult to humanity. ReVision Quest is an abomination.
..
If you find yourself having difficultly seeing the racist nature of ReVision Quest, simply replace "Indian" for "Jew" or for "French Canadian" and I think you will understand what I am talking about.
..
If you send me a transcript of the show that I heard on July 6th, I can provide a point by point analysis, if that can be of help in your work.
..
As partial reparation I would request a CBC radio series hosted and co-interviewed by academics such as Ward Churchill, and/or activist professionals such as Kevin Annett, and/or key figures of grass roots resistance to uranium mining, treaty disrespect, and border disputes, etc.; not the white-chosen representatives, but the actual resistance that is thankfully covered by IndyMedia and abroad.
..
Please keep me informed about the progress of your investigation.
..
Sincerely,
Dr. Denis Rancourt
..
PS: A starting source could be "A Little Matter of Genocide: Holocaust and denial in the Americas 1492 to the present" by former professor Ward Churchill. Also, this award-winning Canadian video may nucleate your analysis: http://video.google.ca/videoplay?docid=-6637396204037343133
..
PS2: I will take the liberty of putting various civil liberties and justice associations in cc.
..

On Wed, Jul 8, 2009 at 10:05 AM, Chris Straw
..
Dear Dr. Rancourt
..
I regret to learn that you found our program ReVision Quest disrespectful and offensive. I have discussed your complaint with the senior producer of the program. The team that puts together ReVision Quest takes great care in crafting episodes that offer what they believe to be a balance of history, comedy, currency and insight into issues facing Aboriginal peoples. As you may or may not know, our production team on ReVision Quest consists primarily of programmers of First Nations decent and the majority of episodes are overseen by First Nations producers.
..
Please be assured that we take all feedback seriously and do realize that comedy can be a treatment that not everyone will appreciate. In all cases we try to find the best treatment for the material we are examining. We may not always get it absolutely right, but we are always trying to present our ReVision Quest episodes with honesty and respect.
..
Thank you for taking the time to share your opinion with us. .. It is also my responsibility to inform you that if you are not satisfied with this response, you may wish to submit the matter for review by the CBC Ombudsman. The Office of the Ombudsman, an independent and impartial body reporting directly to the President, is responsible for evaluating program compliance with the CBC's journalistic policies. The Ombudsman may be reached by mail at the address shown below, or by fax at (416) 205-2825, or by e-mail at ombudsman@cbc.ca.
..
Regards,
..
Chris Straw Manager,
In-house Program Development CBC Radio ..
604 787 6519 ..

---------- Forwarded message ----------
From: CBC Ombudsman
Date: Mon, Jul 6, 2009 at 12:28 PM
Subject: Revision Quest feedback, disgusting colonialism
To: Denis Rancourt <>
Cc: Chris Straw, Jennifer Bailey
..
Dear Dr. Rancourt:
..
I write to acknowledge receipt of your e-mail. It is the customary practice of CBC’s Office of the Ombudsman to share complaints with the relevant programmers, who have the right to respond first to criticism of their work. I have therefore shared your e-mail with Chris Straw, Manager of In-House Program Development for CBC Radio. If you are not satisfied with the response you receive you may ask me to review the matter.
..
Sincerely,
..
Vince Carlin
CBC Ombudsman ..

---------- Forwarded message ----------
From: Denis Rancourt <>
Date: Mon, Jul 6, 2009 at 10:48 AM
Subject: Revision Quest feedback, disgusting colonialism
To: ombudsman@cbc, liaison@radio-canada, marco.dube@cbc, angus.mckinnon@cbc, liaison@cbc
Cc: revisionquest@cbc
..
To the CBC and those responsible for its programming:
..
I just listened to the latest episode of Revision Quest on CBC radio.
..
I am disgusted by this overtly racist program.
..
Which other peoples in Canada would have its horrendous history as victims of genocide and colonialism minimized and ridiculed overtly on national radio?
..
Please educate yourselves and stop being an arm of continuing disrespect and forced colonial integration.
..
Cancel this abomination of a program immediately and replace it with the voices of resistors and grassroots opponents to puppet integration. Do Canada and human dignity a service. Call on the UN for expertize in this area if you can't find the local expert voices.
..
Outraged,
Dr. Denis G. Rancourt
Former university professor and social justice activist
..
[Photo credits: CBC; Vince Carlin, Ombudsman; CBC logo]
Posted by Denis Rancourt at 7:41 AM 2 comments: