See the relevant post (and blog comments) on Rancourt's U of O Watch blog: HERE.

See all background blog posts in this lawsuit matter: HERE.

See the broader background about the Rancourt v. U of O conflict: HERE.
Posted by Denis Rancourt at 9:14 AM No comments:

George Carlin on education and ownership

Makes a whole lot more sense than most academics I have ever heard, and explains why.

Posted by Denis Rancourt at 12:47 PM No comments:

On "speaking truth to power" and US Zionism

It means vigorously and publicly fighting against such attacks. [2]

It means publicly exposing the crimes of present power in one's own community where one has the most influence, in an effort to immediately create more justice via potentially catalyzed public opinion mobbing against oppression.

It does not mean suicide. It means standing against one's own oppression as part of one's ontological liberation. It means life and truth.

Speaking truth to power is extremely rare in North America, in the heart of arguably the most accomplished indoctrination camp ever devised. Cowardice, servitude, and self-deception are the norm among intellectuals.

Regarding Israel and US(-Canadian) Zionism [4], James Petras puts it this way [5]: 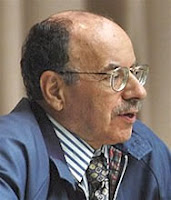 Most critics especially on the Left condemn all brutal acts of war and torture whenever they are committed, so this charge is a phony cover-up of Israel’s especially brutal conduct from the founding of the state. .Israel holds ‘world records’ in the number of towns and villages ethnically cleansed (over 500 and counting); number of refugees deported (4 million and counting); number of homes demolished (60 thousand and continuing); and has imprisoned more civilians per capita than any other country (250,000 and growing). Israel is the country with the highest number of protective US Security Council vetoes (over 100) preventing the world body from condemning Israeli war crimes.

Even as I write these lines, April 25, 2010, the news from Washington is that Congress has passed a new war-sanctions act, by a 95% majority imposing a virtual blockade of Iran, authored by AIPAC and backed by all the major Americans Jewish organizations. With the exception of a handful of writers and anti-Zionist Jewish activists, the vast majority of the progressive leftist, Marxist, anti-war and Palestinian organizations and intellectuals, even those critical of the Congressional vote, in fear and cowardice, refuse to name the intellectual authors and political promoters of this vile act of Congress.

The terrible power of the Zionist Power Configuration has run amok: the Jewish Congressional lobby, the liberals, progressives and neo-cons all together signed and promoted an act of Congress signed by over 330 Congress people rebuking Obama for publicly disagreeing with Netanyahu over the land grab in Arab Jerusalem. [...] the US Congress and White House are zionized occupied territory.

[1] "Representations of the intellectual" by Edward Said.

[2] As an example of sustained attacks: "This is what targeting a dissident tenured professor looks like in Canada" by Denis G. Rancourt.

[5] "War Crimes in Gaza and the Fifth Column in America" by James Petras.
Posted by Denis Rancourt at 11:13 AM 2 comments:

First posted June 28th at U of O Watch.

Renowned workplace mobbing expert professor Kenneth Westhues concluded in a 2009 written report that the dismissal of full and tenured professor Denis Rancourt [aka Activist Teacher] was an "administrative mobbing": LINK TO REPORT.

This week Rancourt posted a chronological list (2005-2009) of the attacks on his academic freedom that culminated in the University of Ottawa's dismissal of him, entitled "This is what targeting a dissident tenured professor looks like in Canada":

LINK TO RANCOURT'S DOCUMENT
As pointed out by Westhues, Rancourt has generally meticulously documented and made public the available facts that support his statements (HERE).

Posted by Denis Rancourt at 11:41 AM No comments: