Violence itself is neither good nor bad. The persistent and widespread crimes of war, population-displacement, genocide, slavery and economic exploitation thrive on a vile violence of the powerful who occupy, oppress and suppress those made-vulnerable. But the needed violence of the victims for self-defence is noble. One violence is vile, the other is noble.

To prescribe sweeping pacifism is both to enable the crimes of violence of the powerful and to deny the rights of their victims, indeed to deny the humanity of the victims. [1][2][3] Pacifism proscriptions aimed at obedient workers and consumers (not police and soldiers) are continuously echoed by the pronouncements of power’s service intellectuals and image managers.

How does the nonsense of doctrinal non-violence masquerading as a theory of “social change” arise and why does it persist, in the face of all evidence? [1][3]

Dichotomous categorization is a strong intrinsic tendency of the human brain, anchored in the hard-wired binary fight or flight survival decision mechanism. As a result, in constructing the social self-talk of helpful recipes for our everyday lives we automatically and falsely “identify” binary good-bad pairs and categorize a given emotion or action or reaction as either good or bad in its own right rather than seek a deeper analysis of the broader circumstances determined by an array of factors. Since the individual’s role is delimited by hierarchy a deep individual analysis is a threat to the individual’s status within the hierarchy.

We thus arrive at nonsensical superficial conclusions such as that there are “negative” and “positive” emotions that in themselves need to be sought or avoided rather than objectively viewing emotions as metabolic messengers for acting in the world. This is a modern symptom of our detachment from community and from ourselves; a detachment driven by the dominance hierarchy that controls our lives.

In this way, violence and racism are superficially categorized as both negative and to be avoided in themselves and are outlawed in society -- rather than attempting to ascertain the circumstances of the particular violence or racism that may make the violence or racism both sane and beneficial. [3]

For example, it is natural and efficacious self-defence for an occupied or oppressed group to be racist against the occupier or oppressor. Minority Chinese immigrants are a priori justified in shielding their children from marriages with "white devils". A culture supporting global carnage and colonization is one to be avoided. It is judicious for a minority group in a Western country to viscerally associate white skin with danger that is to be avoided.

There is a strong and natural human affinity to racism, informed by millions of years of animal evolution. A vulnerable species needs to recognize predators and associate key predator characteristics with danger and repulsion. Sedentary or nomadic tribes need to recognize more aggressive predatory groups by whatever racial or other characteristics are available. And so on, as a matter of self-defence. And, when it comes to invaders who rape, pillage and kidnap, it serves to preserve a strong and durable cultural memory via racism embedded in individual psychology.

Liberal sweeping anti-racism proscriptions are an immature attempt to deny reality; anchored in the false belief that behavioural dictates determine societal truths. The accompanying liberal policies, laws, etc., are a how-to guide for sticking one’s head in the sand. Is there less sexual perversion among those who practice polite discourse? Is a Canadian mining corporation operating in Latin America or the Congo less racist because of its anti-racist employment practices at home office? Or more environmental because the home office recycles? (Those who answered yes to the last few questions can stop reading at this point.)

A sweeping anti-racism proscription facilitates economic exploitation in a unified workforce model and protects the bosses from being racially identified. Negating individual thought and opinion-racism serves to hide the economy's racism of dominance, and hierarchical dominance itself (we are all equal).

Anti-racism assimilation strengthens and feeds the dominant “culture” (elite groups) most tied to the invading hierarchy, a process known on the planetary scale as “globalization”. Superpowers use racism to divide and conquer competing systems and “combat racism” in assimilating conquered peoples. (Federal “bilingualism” is used in a similar way to assimilate French Quebec into English Canada.)

Here, a broad anti-racism facade also facilitates the recruitment of large arrays of needed service leaders and managers of the same race(s) as the race(s) to be handled. It’s easier for home office to cleanse a territory of brown people on another continent if home office First World middle-class managers and press officers are multi-coloured.

Sweeping anti-racism in the form of behavioural proscriptions within liberal so-called free and democratic (i.e., stable self-indoctrinated) societies actually helps to preserve the racism of the oppressors and inter-class racism. [3][4]

Racism cannot be eliminated, no more than “negative” emotions can be eliminated. Instead, racism must be identified and used within its true context of class struggle and anti-oppression self-defence. Down racism (directed down the hierarchy) must be continuously fought. Up racism (directed up the hierarchy) should be optimally applied while being vigilant to maintain its “up” orientation. Horizontal racism within a hierarchical stratum must be diffused and channelled into up racism or up classism.

In this way, by a continuous acknowledgement of racism and a continuous discernment of the type of racism active in the context of fighting one’s own oppression, racism becomes a natural tool that helps one better perceive and gauge one’s own oppression. The anti-oppression struggle, distinct from but intertwined with the struggle of community building, becomes primary and race becomes secondary. Inter-class racism is gone when one can use racial language in critiquing an inter-class member in the same way one would refer to any other personal characteristic, without prejudice.

Inter-class racism used to leverage inter-class advantage or hierarchical “advancement” is a crass form of opportunism. It is a modern derivative racism, a device sustained by “free and democratic” hierarchical systems, not primitively related to survival and oppression racisms.

The Right feels disdain for any sign of formalized leverage racism at a guteral level as it clings to its myth of a level playing field (fair competition) supervised by responsible parents (institutional or natural – rules or invisible hand).

The Left wants to be managed (oppressed) fairly as it clings to its own myth of just and beneficial social engineering (elite manipulation).

[3] “On the racism and pathology of left progressive First-World activism” by Denis G. Rancourt, 2010.
http://activistteacher.blogspot.com/2010/08/on-racism-and-pathology-of-left.html

Denis G. Rancourt is a former tenured and full professor of physics at the University of Ottawa in Canada. He practiced several areas of science (including physics and environmental science) which were funded by a national agency and ran an internationally recognized laboratory. He has published over 100 articles in leading scientific journals and several social commentary essays. He developed popular activism courses and was an outspoken critic of the university administration and a defender of student and Palestinian rights. He was fired for his dissidence in 2009. His dismissal case is in court hearings that will extend into 2012.
Posted by Denis Rancourt at 8:30 AM No comments: 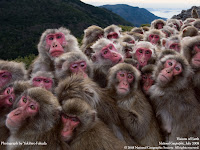 Other essays by Denis G. Rancourt
Denis G. Rancourt is a former tenured and full professor of physics at the University of Ottawa in Canada. He practiced several areas of science (including physics and environmental science) which were funded by a national agency and ran an internationally recognized laboratory. He has published over 100 articles in leading scientific journals and several social commentary essays. He developed popular activism courses and was an outspoken critic of the university administration and a defender of student and Palestinian rights. He was fired for his dissidence in 2009. His dismissal case is in court hearings that will extend into 2012.
Posted by Denis Rancourt at 7:46 PM 3 comments: