The University of Ottawa's 2009 dismissal of tenured physics professor Denis Rancourt has been upheld in a binding labour arbitration award released to the parties on January 28, 2014.

The full text of the 32-page decision is posted HERE (direct link to PDF file HERE).

A final paragraph in the arbitration award reads:

[105] Finally I want to note that I am in no way passing judgment on the value of Professor Rancourt’s teaching method, which calls for removing a student's stress by not grading. It may very well be that such a method of teaching results in improved learning for the Physics students. A number of researchers have written books on this teaching approach applied by Professor Rancourt. The University, however, has the right to decide and manage its institution in a manner in which students are objectively evaluated and graded comparatively one against the other. It has the right to determine that the grading method applied by its professors must conform to the general practice of universities which is the benchmark for determining the students' progression in their studies and for the attribution of bursaries and grants.

The first media report about the arbitration award is this one: Arbitrator upholds University of Ottawa’s firing of tenured professor -- Ottawa Citizen

The following report was written about the conflict by academic workplace mobbing expert Kenneth Westhues in 2009: Ottawa's dismissal of Denis Rancourt

Rancourt's 2011 description of the broader conflict is here: This is what targeting a dissident tenured professor looks like in Canada

TV-Ontario 2009 interview with Denis Rancourt about his teaching method and grading:

Posted by Denis Rancourt at 4:04 AM No comments:

Dr. Denis Rancourt files application to the Supreme Court of Canada for his right to an impartial court

An Ontario superior court judge had strong personal, family, emotional, and contractual financial ties to a party intervening for the plaintiff in [the] case, and also to the law firm representing the party in court, and did not disclose any of these ties. This party was also the employer of the plaintiff in the lawsuit, and funded the plaintiff’s litigation. The judge was tasked with determining the propriety of the party’s funding of the plaintiff, which was done with public money. The judge’s ties made it inconceivable that he would rule against the party. When the defendant discovered the judge’s ties and presented the evidence, the judge lost decorum, threatened the defendant with contempt of court, and recused himself, but refused to consider whether there was an appearance of bias, and continued to release decisions. The judge’s in-court reaction and walkout further confirmed his ties with the party in the lawsuit. The defendant raised the matter with six more judges, up to the court of appeal [for Ontario], but all of them refused to duly consider and properly apply the facts. As a result, all the decisions of the judge in the lawsuit stand to this day, even the decisions he released after recusing himself.

The full application book (with arguments and evidence), dated January 6, 2014, is posted HERE, and alternatively HERE.

The whole matter is very disturbing. The judge recused himself for real bias moving forward, while refusing to make a judicial determination of an apparent bias that would have negated all his past decisions, then continued releasing findings from the bench and written decisions after the events said to have caused his real bias. And seven judges have refused to make a proper consideration on merits of the complaint.

Rancourt is arguing that the Supreme Court of Canada has a Charter obligation to grant leave to appeal:

Thus, in the facts of this case, the applicant’s right to an impartial court has been infringed or denied in the courts below, such that s. 24 of the Charter can be satisfied, in application and principle, solely if the [Supreme] Court grants the instant leave to appeal. Without the Court’s intervention and express directives, the infringement or denial of the applicant’s right to an impartial court will stand without ever having been properly heard on merits, and the right to judicial impartiality will continue to be denied in Canada’s lower courts, by the same means as in the present case, and in other ways.


The Executive Director of the Ontario Civil Liberties Association (OCLA) has provided an affidavit in support of the application: See Application Book, starting at page-290.

If an egregious and documented case of apparent bias of a judge cannot be properly heard on merits in any court, then there is something wrong in Canada. It would mean that we do not have the legal system that many imagine and hope that we have.

Given the egregious and factual nature of this case, it would mean that circumventing complaints of judicial bias is a systemic problem in Canadian courts: If there is even only one Mack Truck in the living room then this necessarily implies that there is an entrance to the living room large enough to accommodate the truck's drive-in. 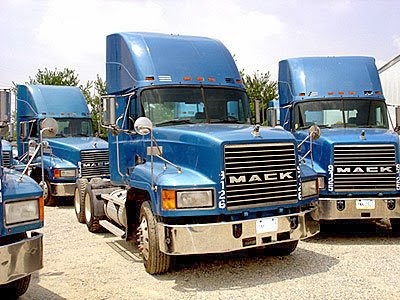 Court documents in the action and its appeals are HERE.
Posted by Denis Rancourt at 4:55 PM 2 comments: