On the specific meaning of "house negro" 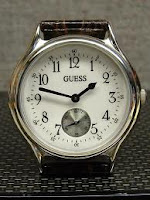 Arguably the first definition of "service intellectual" was given in my 2006 essay "Gradual change is not progress" [1]:

"Comfortable First World liberal and left intellectuals claiming to work for change often project the opinion that positive change is best achieved by incremental improvements, gradual progress, dialogue, and negotiations that acknowledge the legitimacy of the other side. They assert that confrontation is ‘counter productive’. There is an army of academics, managers, and professionals, who will argue this point quite strenuously. They are the service intellectuals.

Their job is to block any model that would involve people of the disadvantaged side actually demanding change in the structure that keeps them at the bottom. Instead, they promote a dialogue model in which the disadvantaged side enters into loaded and unwinable negotiations with players that hold all the cards. These negotiations ensure that institutional structures of inequity are reinforced rather than progressively dismantled. [...]"

In retrospect, the term is exactly a race-neutral version of the "house negro" term defined for modern use by Malcolm X. [2]

Both these terms, "service intellectual" and "house negro", are precise, needed, and powerful. And it is important to preserve their meanings without allowing dilution or imprecision or re-casting.

Therefore, I want to stress the difference between a "service intellectual" and what I will call a "service manager"; or between a "house negro" and what one could call a "manager negro".

Many critics will be outraged at my alleged disrespect as a white man to be defining terms such as "house negro" and "manager negro" and would have me chastised, fired, sued, or jailed. To you I say four things:


Unlike a "service intellectual" ("house negro"), a "service manager" ("manager negro") is not primarily concerned with image and mental environment maintenance but instead has the primary assigned task of managing some sector or enterprise for the hierarchical bosses.

In a "race conscious" racialized hierarchy of dominance it is useful for white masters to employ black managers. But it is more than useful in terms only of "race relations" it is also simple recruitment from the appropriate class base and it can be strategic in terms of the sector or enterprise to be managed.

Given these distinctions, I would say that figures such as US president Obama are more "manager negroes" than they are "house negroes"; just as the modern white presidents were mostly manager whiteys rather than service intellectuals (no argument there!). To call Obama a "house negro" is to dilute and weaken the term. He is primarily a manager.

I suggest we preserve the meaning intended by Malcolm X, following his years of study in a unique prison library and years of battle in the public arena [2]:

Since slavery, the American white man has always kept some handpicked Negroes who fared much better than the black masses suffering and slaving out in the hot fields. The white man had these "house" and "yard" Negroes for his special servants. He threw them more crumbs from his rich table, he even let them eat in his kitchen. He knew that he could always count on them to keep "good massa" happy in his self-image of being so "good" and "righteous." "Good massa" always heard just what he wanted to hear from these "house" and "yard" blacks. "You're such a good, fine massa!" Or, "Oh, massa, those old black nigger fieldhands out there, they're happy just like they are; why, massa, they're not intelligent enough for you to try and do any better for them, massa -- "

Well, slavery time's "house" and "yard" Negroes had become more sophisticated, that was all. When now the white man picked up his telephone and dialed his "house" and "yard" Negroes -- why, he didn't even need to instruct the trained black puppets. They had seen the television program; had read the newspapers. They were already composing their lines. They knew what to do.

I'm not going to call any names. But if you make a list of the biggest Negro "leaders," so-called, in 1960, then you've named the ones who began to attack us "field" Negroes who were sounding insane, talking that way about "good massa."

"By no means do these Muslims represent the Negro masses --" That was the first worry, to reassure "good massa" that he had no reason to be concerned about his fieldhands in the ghettoes. "An irresponsible hate cult" . . . "an unfortunate Negro image, just when the racial picture is improving -- "

and avoid most of the newer "hogwash" meanings proposed by the ever growing army of service intellectuals and manager academics. [3][4]

Denis G. Rancourt is a former tenured and full professor of physics at the University of Ottawa in Canada. He practiced several areas of science (including physics and environmental science) which were funded by a national agency and ran an internationally recognized laboratory. He has published over 100 articles in leading scientific journals and several social commentary essays. He developed popular activism courses and was an outspoken critic of the university administration and a defender of student and Palestinian rights. He was fired for his dissidence in 2009. His dismissal case is in court hearings that will extend into 2012. He is presently being sued in a $1 million defamation action entirely funded by the University of Ottawa, over a use of the term "house negro".
Posted by Denis Rancourt at 6:45 PM 4 comments: