Mainstream mindfuck as radical agitator’s protection from self 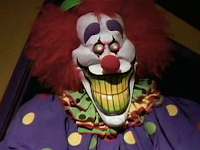 The reason power does not need to actually kill North American radical agitators is twofold.

First, the agitators themselves have been trained by the system’s brutality: Force will be met with disproportionate and lethal counter force. Ask the summarily executed Black Panther leaders or aboriginal warriors who dare to practice road blocks and land protection.

Second, agitation itself no longer resonates with the victims of the system’s oppression (i.e., with any of us) because the manufactured mental environment that manages collective consciousness and self-image is so completely effective.

The population and mainstream activists have been zombified and channelled towards irrelevant pursuits. Masses, encouraged by corporate media, are asking governments to save us from CO2. Or improve the laws to protect whistleblowers. Or provide Medicare. Or protect us from the next flue epidemic. Or give us a fair competitive environment. Or protect us from foreign economic or terrorist enemies. Or find the cure to cancer (why not death?) And so on.

The problems that attack body and soul are deflected, channelled, and re-cast, or substitute problems are simply fabricated; and we are encouraged to focus on the thus defined “attainable goals,” and we are rewarded for doing so by an also fabricated sense of “community.”

Every class is disconnected from its own oppression and cannot see where it has power and where it can act directly.

Instead, we accommodate ourselves to “the hand that feeds us.”

Instead, we are diverted towards windmills (literally), atmospheric chemistry, the imperceptible effects of environmental toxins (except if you live from poisoned land in which case the problem is your alcoholism), impending epidemics, impending terrorist attacks, impending economic collapse, the crushing public debt, and so on.

The radical agitator has no hold. Nothing she can say, if it does not follow the mainstream, can perturb the victim away from his false perception. There are only the right and left shades of delusion. Nothing else exists. Which side are you on? The anarchist has no moves.

Maybe an example is in order.

Whose problem is an overly large public debt? Simply zero the debt. Or if the lender is the public purse then zero the interest on the public part of the debt. If the result is that private banks will refuse to lend more then the result is that private banks will have lost their instrument of extortion. The state can print its own public money and lend it where needed on a basis of trust. The money will make itself from the labour of the borrower. Money as private debt in a fractional reserve private-bank-run system is the single greatest extortion game on the planet. Kill the banks. Take back and create human-need-based zero-profit public banking. Simple rules suffice: Can’t fund takeovers; can’t fund war; can’t fund non-democratic power grabs. The system can’t push out the individual. Pure and simple.

What does this mean in practice? Don’t pay back your loans and don’t let them repo. Cheer on those who have the guts and be there to protect them. Don’t pay your rent and don’t let them turf you. Don’t take any “money rules” bullshit. You work to live. You don’t live to be enslaved by some illegitimate debt or illegitimate ownership. You own the space that you live in. You own the place where you work. We all do. You are nobody’s slave.

The latter radical idea (especially regarding implementation) mostly has no chance. The reader’s allergic reaction to it proves my point.

Even most who agree with the economic analysis will vehemently insist on impossible implementation models: They will recommend either lobbying government to change monetary policy or escape into a fairytale alternative community of alternative currency, like one would escape into a hobby or volunteer work. Those who understand by necessity will steal from the system and use the black market – sane and healthy modes of self-defence.

There are as many examples as there are systems and circumstances of exploitation.

The answer is always to fight back directly where one is personally exploited and oppressed – and that is the most radical idea in the First World middle class, which is why it is never heard and cannot be heard.

When there is a chance it can be heard there is only one response: Kill the messenger.

The real journalist who made this had this to say to his friends:

"I would love to say that this was some great piece of journalistic effort, but the evidence was sitting right out in the open for anyone to see, the fact that I'm the one to put it out there has less to do with any skills or effort of mine, and more to do with exactly how detached most journalists are from the people and issues that they cover. Hardly anyone writing about Honduras came here last week with intentions to do anything more than just cover another election and report the 'official' data, candidate statements, and tidbits from the international diplomacy circus. The despicable coverage of the situation in Honduras from all the mainstream sources stands as a testament to their disillusionment from reality, and another reason why I get giddy with excitement every time I see another one of them near the cliff of impending bankruptcy."

Honduras: An election validated by blood and repression

Some real news from a real journalist on the street and in the face of the occupying army in Honduras. You don't see this on the pro-US-agenda pro-war CBC.

Posted by Denis Rancourt at 7:04 PM No comments: