Natural justice as foreign concept::: U of O's dismissal of Denis Rancourt (Video)

"The employer will be relying upon post-dismissal conduct and events... first of all to support the decision to dismiss..."
-- Lynn Harnden, hired lawyer for U of O

"The state will be relying upon post-incarceration conduct of the prisoner... first of all to support the sentence of guilty..."
-- Crown prosecutor on appeal, Fascist dystopia

This is a video extract from the first day (May 2, 2011) of binding arbitration hearings in the academic freedom case of tenured physics professor Denis Rancourt at the University of Ottawa, Canada.

The hearing dates are scheduled well into 2012.

Read THIS chronology!
.
Posted by Denis Rancourt at 7:06 PM 4 comments: 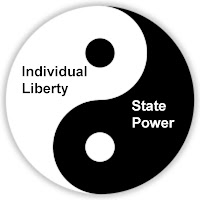 
Denis G. Rancourt is a former tenured and full professor of physics at the University of Ottawa in Canada. He practiced several areas of science (including physics and environmental science) which were funded by a national agency and ran an internationally recognized laboratory. He has published over 100 articles in leading scientific journals and several social commentary essays. He developed popular activism courses and was an outspoken critic of the university administration and a defender of student and Palestinian rights. He was fired for his dissidence in 2009. His dismissal case is in court hearings that will extend into 2012.
Posted by Denis Rancourt at 7:30 AM 1 comment:

Darcus Howe, writer and broadcaster living in London for over 50 years had this analysis to share with the BBC:

This is a rare occasion where the role of state media is most clearly exposed. Up there with the UK Fox News interview of George Galloway and other such rare examples:

Critical race theory, in the service of whitey

Critical race theory is the accepted justificative framework for hate speech laws, codes and policies. As a discipline, it has exerted significant impact in the academic areas of feminism, race studies, pedagogy, and the social sciences in general.

But is critical race theory soundly based as an interpretive scheme that is likely to produce more justice in society or is it a lie?

Critical race theory operates on two social design fronts: (1) to aid us all in our analysis, detection and deconstruction of Eurocentric views, interpretations, and systems; and (2) to motivate development and implementation of hate speech laws and “hurtful or assaultive language” codes and policies, aimed at moving spoken language away from all isms (racism, classism, sexism, etc.)

The underlying assumed social change model in which critical race theory operates is one where having institutionalized or sectarian (such as peer-group-driven) and enforceable rules of language behaviour make both society and individuals healthier.

Second-tier underlying assumptions include: (a) that the isms are intrinsically bad, lead to worst things (such as war and genocide) and should be removed, and (b) that rules and social engineering in general (education, marketing, laws and rules, etc.) help to remove the isms and are an effective method for doing so.

Some of the above assumptions and their legal consequences have been elucidated and brilliantly critiqued in the context of historical case law and jurisprudence by the renowned scholar Henry Louis Gates Jr. (who, critical race theory enthusiasts will be interested to know, is black) in his 1996 essay “Critical Race Theory and Freedom of Speech”.

That critical race theory is potentially a lie can be ascertained by a quick reference to the anarchist model of spontaneous social change and maintenance, arguably the most powerful model of primal social tensions.

The anarchist interpretation is that the legal system and all rules imposed on all are integral parts of an oppressive dominance hierarchy. Add to this the scientific result (here) that dominance hierarchy is by far the major cause of health problems and death of individuals and one must wonder how more laws, relating to entirely new crimes and that directly impinge on individual freedoms, could make society better.

Unless one accepts the absurd proposition that uttered words should in themselves be considered assaults (punishable by institutions) irrespective of context and intent, or the equally absurd notion that intent is irrelevant and the only relevant context is the skin colour (or sex or class, etc.) of the person who hears the uttered words, then we must admit that critical race theory concerns itself with thought crimes and attitude crimes.

This brings us to seek some truth regarding how thoughts and attitudes of individuals are best developed and changed, best in the sense of health and emancipation not in the sense of imposed productivity or expected apparent civility.

Emotional hurt within a class stratum of the dominance hierarchy (distinct from stress from the oppression delivered by the dominance hierarchy) is a metabolic reaction of the individual. It belongs to and informs the individual. It cannot be the basis for quantifying harm done by someone else, in view of a systemic punishment. To move in the latter direction is to move closer to a particularly sick hierarchal society.

The individual can use the information of his/her metabolic reaction of hurt emotions in a personal decision-making process and choose to intervene within the hierarchical stratum to request adjustments of others in his/her community. There the negotiation of personal relationships starts. This intervention can include any of the pressure mechanisms that individuals possess to influence other individuals, and it is always mediated by community.

It is this process of expressed conflicting perspectives, of political leveraging within the community, of vehement disagreements, and of everything that it is to establish one’s place and to influence community that is vital. This process should not be constrained from outside or follow any dogma or behavioural prescription. The only valid guiding principle is that it should be authentic and free, whether judged hurtful or not. It is this individual freedom of communicative interaction, unavoidably and naturally mediated by community, which produces both growth of the individual and development of the community.

This collective discourse is especially needed in diverse communities and is needed as an integral part of the praxis of liberation from oppression. Any constraints from hierarchical rules and dogmatic behavioural prescriptions can only frustrate change and oppress individuals.

Sure, choose your friends and create safe spaces but don’t go around prescribing general thought, attitude and behavioural rules anchored in the dominance hierarchy. And don’t expect society itself to become or be made a “safe space” by passing laws and rules. The only way to contribute to bettering society is to directly fight one’s own oppression, with the measured risks that this entails. This is so obvious that it needs to be stated.

In fact, most of us are blind to the obvious because we have allowed ourselves to be defined by the dominance hierarchy. Within this definition, we have no power or influence except through the structures of the hierarchy. But all of these structures can at best only make the slavery more just, as we vie to be fairly oppressed.

The critical race theorists of the legal profession are new-wave law theorists looking to lead a legal analysis sect premised on continued slave-hood and the law as protective master and paternalistic guardian of society's values.

In a world where all the resources are controlled undemocratically and wealth and power are hyper-concentrated, in a world where the latter is legal and exploitation is legally protected by force, hate speech laws against ordinary individuals are a profound absurdity, as are defamation laws applicable against ordinary individuals. As long as the law is power-biased and hierarchy-preserving, it is against people. Systems perpetrate war and genocide irrespective of what powerless individuals say, especially if individual expression is curtailed.

Critical race theory is a lie – another one that serves whitey.

(Written as a chapter for a book. Working title: "All Lies".)

Other essays by Denis G. Rancourt
Posted by Denis Rancourt at 7:30 PM 2 comments: