Students: Plan your escape from academia before you enter it 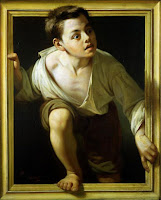 The undergraduate degree is a brutal endurance test for obedience. It is an imposed gateway into graduate or professional school where you hope things will be somewhat more sane.

Actually, graduate or professional school will rob you of you. Powerful structural forces will draw you into the profession where you will be pushed to brainwash yourself into accepting an ideology of service to the established order, at the expense of your moral values.[1]

Most of your colleagues will accept this personal transformation and its associated benefits of high social status and financial rewards. They will believe the mythology of the profession because this mythology facilitates preserving a positive self-image in spite of the reality of the oppressive system that they are being groomed to serve and maintain.

They will also increase their class bias (class-ism) in order to cope with the class oppression that they are trained to support. And they will begin to practice ancillary donations of their time (vanity volunteerism) aimed at medicating lower class "suffering", "public ignorance", "poverty", and so on -- by serving on various committees, boards, and with public lectures and conference papers about social problems. All part of the needed guilt alleviation and maintenance of positive self-image.

They will learn to accentuate extreme aversion to in-class injustices (age, gender, race, sexual-orientation, and so on) while doing nothing to address the gross inter-class inequities that dominate the social landscape. The greater the aversion, the better one can avoid the obvious.

They will "think globally and act locally": Perceive sanitized planetary-scale threats and act within their class to address these perceived threats via their every day lifestyle and consumer choices and via weekend political "agency". Or form some other self-supported social network of validation.

If you foresee that you will have significant difficulty with the imposed personal transition required in graduate and professional training, then you can plan your escape before you enter.

Expect to be shocked by the requirements of the profession, by the definition of "professionalism". Recognize that you are being subjected to a cleansing. Know that it is wrong and that you are right. Find friends who, like you, want to survive with their personalities and values intact, rather than "adapt".

Plan to weather the storm without buying into the lies. Cynicism is only a face-saving way to buy into the lie. It won't save you. You need to actively push the limits of your resistance every step of the process in order to discover yourself and preserve yourself. This will also expose the true nature of the beast that wants to eat you.

You won't make friends with the bosses and you won't be rewarded with high grades and praise but you will learn more and be more authentic. You will prepare yourself for a real life in the real world, not a class-secluded life in a superficial world. You will be more able to love yourself and to love others. It's not called "the good fight" for nothing.

You'll get true feedback from your environment. If they are not coming after you then you are faking it.

You can figure out how to graduate while pushing back. That is the challenge; that will preserve you rather than destroy you.

Or, just kiss ass and you will "succeed".

Denis G. Rancourt is a former tenured and full professor of physics at the University of Ottawa in Canada. He practiced several areas of science (including physics and environmental science) which were funded by a national agency and ran an internationally recognized laboratory. He has published over 100 articles in leading scientific journals and several social commentary essays. He developed popular activism courses and was an outspoken critic of the university administration and a defender of student and Palestinian rights. He was fired for his dissidence in 2009. His dismissal case is in court hearings that will extend into 2012.
Posted by Denis Rancourt at 8:18 AM 8 comments:

Reflections of a self-represented litigant as an old man 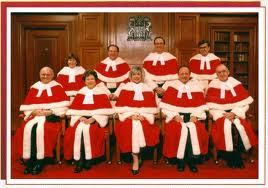 At my advanced age of 54 I find myself being sued for $1 million for a blog post on a blog (not this blog, another blog) critical of the University of Ottawa. All the blog posts (on the other blog) in the matter are HERE-link. The lawsuit against me is entirely funded by the University of Ottawa -- a public university in Canada's capital -- and the funding was directly approved by university president Allan Rock, who is amply criticized on the (other) blog in question (e.g., LINK).

I would characterize the legal action against me as aggressive, with a heavy use of procedural motions before the court and a less-than-cooperative lead opposing counsel, arguably one of Canada's leading defamation lawyers. It's been called a SLAPP.

I am self-represented and I have never done this before. To say that it is a learning experience is a vast understatement. At "mandatory mediation" I was alone facing five opposing lawyers, including the Plaintiff-on-record who is a law professor at the University of Ottawa. I was not allowed to bring an adviser or an accompanying person.

To date nine motions have been filed and I have appeared before the court six times. I have been cross-examined twice out-of-court on my affidavit evidence for motions. I'm starting to truly understand what Foucault was talking about in his analyses of state institutions. I don't think I could have learned this any other way.

So let me summarize some first observations -- preliminary conclusions, if you like.

(1) The court is balanced in terms of applying the law when the opposing litigants are both of high societal status and of equal societal status; like two corporations, or two billionaires, etc. Otherwise, the asymmetry in status is mapped into an asymmetry of treatment.

(2) The entire court hearing (on a motion or at trial) is a contest of impressions. The judge does not read and only asks to be impressed by the slogans and spin of the parties that resonate with his/her self-image. The competing shots to impress are received or deflected in a self-organized phase transition from initial position to coalesced final opinion. This is followed by a technical step of providing "reasons" for the final opinion.

(3) There is some measure of care with parties who have the means to appeal decisions. Otherwise, it's all purely an exercise of the establishment preserving the established order. It's a class war in most cases, and this is overt in family court with state intervention agencies or with corporate landlord v. tenant disputes.

(4) The lofty principles expounded in Supreme Court decisions are barely perceivable in the every day judicial decisions of establishment maintenance; and are often contradicted without a second thought. The court archives are stuffed with hand-written "endorsements" on the backsheets of motions that are at odds with "established" norms of justice and with any semblance of logic -- pure oozings of coalesced opinion.

(5) The rules of procedure are rationalized in terms of honorable motives but actually provide structural support for establishment maintenance. For example, mandatory mediation is said to provide a desirable mechanism for resolution by mutual consent. Yet it is overtly used as an instrument of intimidation by dominant parties with the full consent of the court.

(6) The rules are only a trap for self-represented litigants because only the lawyers and judges know which rules must be followed and which can be ignored and which rules are superseded by unwritten practice. And the first rule is that the judge can make up the rules "to provide a fair administration of justice".

There is no solution. Only navigation with a changing destination. They are as bad as we let them be.
Posted by Denis Rancourt at 6:19 PM No comments: