PRN (October 19, 2012; 11:00 EST) Denis Rancourt gave a riveting live interview with radio host Stephen Lendman, based on his personal experiences with the Canadian courts as a self-represented defendant in a private lawsuit funded from public money by the University of Ottawa...:::


Link to the PRN web page

Posted by Denis Rancourt at 5:28 PM No comments: 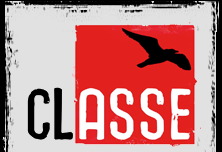 The Coalition large de l'Association pour une solidarité syndicale étuduantes (CLASSE) is a vibrant and inspiring non-hierarchical student activist collective that, more than any other group, catalyzed and ran the revolutionary "Maple Spring" ("Printemps érable") which recently shook Québec society and its political elites. It is the largest student union in Québec. This year, it engineered the largest, longest, and arguably most effective student strike in Québec (and Canadian) history.

One must admire this organic, yet disciplined and thoughtful organization. It has shown North America how unity and persistence can halt a government agenda. Nonetheless, I wish to make a critique of its "working principles", which can be surmised from its 2012 Manifesto.

There is a major critical flaw in the CLASSE's analysis about education.

The CLASSE takes education to be a "service" and argues that the point of justice is accessibility of this essential service. Its struggle is thereby focused on securing equitable access to education as a vital societal service, by making an analogy with health services (see CLASSE Manifesto).

This is equivalent to arguing that justice is being exploited fairly.

The CLASSE is making a fatal flaw of paradigm assignment since its assignment prevents the student from correctly seeing herself/himself as a worker, through her/his work within and constrained by the educational complex. The student is not a patient accessing a service. The student is a citizen being forced by economic "reality" to be processed by an institution -- in the same way that a laborer is forced to sell her/his labour and be processed into a life of productivity, except that the laborer is paid rather than being extorted into paying.

If the student were simply a free paying client, then this student-client could choose to buy or not buy the service, and could determine the nature of the service through her/his buying power.

Such is not the case. Rather, the student is an unpaid and exploited worker, a slave that is forced to buy her/his own freedom. The chains are the debt load and the coercion is the real social/financial/class status that is sought through being processed by the educational system for further (higher level) service to the economy.

If the student were simply a free and paying purchaser of a service, then the problem of government impositions would be solved by simply withholding payment! If students could survive and/or thrive in the economic "reality" without education credentials, then mass non-payments of fees would solve any dispute between the purchaser and provider of the educational "service".

After all, it is the student that must write the cheque. Yet students absolutely do not have this option. They must instead use the less effective pressure tactic of a strike. The fact that the strike is the effective tactical option of the circumstances shows that the student is a worker and that the "education" is an intrinsic component of the economic structure and activity.

Why do students accept slavery, degrading and dehumanizing work conditions, no salary, and confinement via a debt load which persists into mid life? Paulo Freire would say "because the slave cannot see that he is a slave" [1].

Students should be striking for a fair salary and to define their working conditions. No fees. No students loans. And no need for another job. Period. There is a desperate need for student liberation [1]. Abolitionism or bust! And that would be an education.

Denis G. Rancourt is a former tenured and full professor of physics at the University of Ottawa, Canada. He practiced several areas of science which were funded by a national agency and ran an internationally recognized laboratory. He has published over 100 articles in leading scientific journals and many social commentary essays. He developed popular activism courses and was an outspoken critic of the university administration and a defender of student and Palestinian rights. He was fired for his dissidence in 2009.
Posted by Denis Rancourt at 2:25 PM No comments: