THE INSTITUTION CONTROLS YOUR MIND - video

Original lyrics are by a former student at the University of Ottawa, Ottawa, Canada, who also produced this video.
Posted by Denis Rancourt at 7:04 AM No comments: 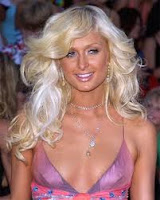 Our personal psychology is largely determined by the fact that we are born into a hierarchy.

What does it mean when an agitator, a gadfly, is told "you are just trying to attract attention to yourself"?

The entire political dimension of the person is the possibility of practicing one's influence on the community and on society at large.

Why else does the artist art? Why does the worker work if it is not to meaningfully contribute? Agency over one's life and opportunity to influence community (including the workplace!) are the basis of a meaningful life.

In light of who says it and why, in light of how the agitator is disturbing to others, I think it is clear:

"He/she does not know his/her place."

The "you are just trying to attract attention to yourself" is hierarchy maintenance talk meant to neutralize the threat; by appeal to the pathological notion of self-sacrifice in service and obedience to a human hierarchy.

In using hierarchy against itself, it is a viable tactic to do it publicly in order to protect oneself with visibility. In disturbing the psychological reinforcements of hierarchy, one has to expect a hierarchy-preserving backlash.

Sustained disruption can create the circumstances wherein foundational criticism can be received. It's the only thing that ever does.

Thank you for the compliment.
Posted by Denis Rancourt at 8:30 AM 3 comments:

Related Israel Lobby activism at the University of Ottawa, Canada: HERE.
Posted by Denis Rancourt at 5:59 PM No comments: 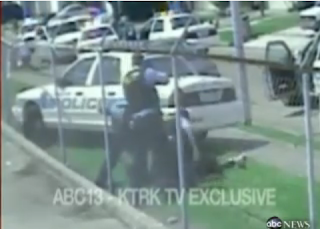 Can there even be a question of whether or not this is systemic? (See video!)

Canadian cops in Ottawa are at least as bad: LINK.

The best the establishment can argue is that there may be "a few good apples" but this needs to be demonstrated since virtually no officers ever intervene to stop or report this type of criminal police assault.

In this case, five officers were involved. In order for this to have occurred by chance with a 50% probability, that five (assumed professionally independent) cops would participate and condone this criminal assault, the percentage of bad cops has to be 87%. [(0.87)^5 = 0.5]

A few bad apples my ass. Add the federal judge's behaviour in trying to cover it up and in not finding evidence for criminal assaults. Now imagine the jail time if a cop were assaulted in this way... Or a white business man...
Posted by Denis Rancourt at 9:19 AM 3 comments: