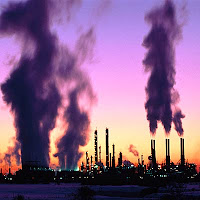 This article has now been downloaded 500 times.

It is the most downloaded free-access (open-source) scientific article about planetary warming physics.

"Follow the link to a 22 page article which is a tour de force of simple physics demonstrration. [Denis Rancourt's] presentation puts me in mind of Pauling or Feynman lectures in my Caltech days. At least cruise over the hard stuff and savor the commentary. This guy is a keeper prof who got sideways with authority at U of Ottawa and was canned. My kinda guy!!!"

It was first posted on Climate Guy (link) on June 3, 2011, and is available in full pdf version at archive.org here:

Abstract – I describe the basic physics of planetary radiation balance and surface temperature, using the simplest model possible that is sufficiently realistic for correct evaluations of predicted surface temperature response sensitivities to the key Earth parameters. The model is constrained by satellite absolute integrated intensity and spectroscopic measurements and the known longwave absorption cross section of CO2 gas. I show the predicted Earth temperature for zero atmospheric resonant absorption of longwave radiation (no greenhouse effect in the otherwise identical atmosphere) to be –46 C, not –19 C as often wrongly stated. Also, the net warming effect from the atmosphere, including all atmospheric processes (not just greenhouse forcing), without changing anything else (except to add the removed atmosphere) is +18 C, not the incorrect textbook value of +33 C. The double-layer atmosphere model with no free parameters provides: (a) a mean Earth surface temperature of +17 C, (b) a post-industrial warming due only to CO2 increase of δT = 0.4 C, (c) a temperature increase from doubling the present CO2 concentration alone (to 780 ppmv CO2; without water vapour feedback) equal to δT = 1.4 C, and (d) surface temperature response sensitivities that are approximately two orders of magnitude greater for solar irradiance and for planetary shortwave albedo and longwave emissivity than for the atmospheric greenhouse effect from CO2. All the model predictions robustly follow from the straightforward underlying assumptions without any need for elaborate global circulation models. The same longwave optical saturation that provides such a large radiative warming of the planet surface also ensures that the warming effect from increasing CO2 concentration is minimal. I conclude with suggested implications regarding warming alarmism, errors by sceptics, research funding, and scientific ignorance regarding climate feedbacks.

Changes to the June 3, 2011, article: Small clarifications were added and several typos were corrected in the December 3, 2011, pdf version.

A detailed peer-review of the article is available HERE.
Posted by Denis Rancourt at 5:28 PM No comments: