CODZ: Opposing the US Zionist state's intimidation of academics

COMMITTEE FOR OPEN DISCUSSION OF ZIONISM 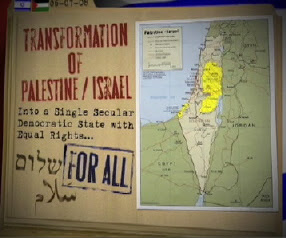 Oh boy, can you hear the loud voices of protest from the ranks of tenured professors against the imposition of Zionism doctrine in US academia..., not! There are small seeds, which are reminders that sanity is still barely rooted on the sterile ground of the continent's intellectual farms. One such seed is CODZ.
Posted by Denis Rancourt at 5:07 AM No comments: Links to this post

The Controls & Confines of Our Obedience Based Education System -- video

Denis is a former tenured and full professor of physics at the University of Ottawa in Canada. He practiced several areas of science (including physics and environmental science) which were funded by a national agency and ran an internationally recognized laboratory. He is the author of over 100 articles in leading scientific journals, social commentary essays, and his book "Hierarchy and Free Expression in the Fight against Racism".

General topics discussed in the video episode include:

1. Denis shares his story of why he is no longer a professor at the University of Ottawa. (1:30)
- how Denis discovered the true nature of the system
- the impacts of confronting the system

2. What the larger framework and pretext was for Denis' dismissal from his position as a professor. (6:00)
- the inside political story

3. The role of transparency and secrecy in governing organizations. (9:20)
- the political endeavour of educational systems

7. Inspiration to face our own oppression. (28:20)
- the role of whistleblowers

8. The limits of the curriculum forced upon teachers and students. (31:15)
- the necessity of natural exploration and interaction within the scope of learning
- Denis shares an example from his teaching methods to promote true learning

9. The limits of the grading system and standardized testing. (39:00)
- inadequacy of appropriate measurement of understanding through testing
- the importance of feedback that is student-centered
- the benefit of authentic dialogue between teacher and student

11. Denis shares some solutions and advice for teachers who wish to be part of the education system and contribute positively. (50:00)

12. Denis shares some solutions and advice for students who are part of the education system. (54:00)