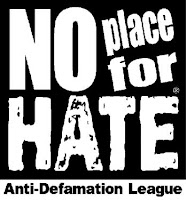 'love' is best thought of in this situation as an extra degree of patience or contemplation of the demonized oppressor's motivations and thought process for choosing their various evil or ignorant actions. The extra olive branch is a complicating factor that disrupts the freedom to forget and omit that's naturally possessed by idealism in rhetoric, something that should be obliterated in its inproductivity.

in my view the paradigm that accounts for the strangeness of mass society is that social systems are designed and run by some devils but mostly by ignorants, and along with the experts and radicals, they share the hate-reaction tendency of all human beings in not enjoying being insulted or loving their insultors - until they learn to enjoy it at least. That's not a common path for our headstrong leaders though, so it stands: insults are less effective than detailed data-based critiques. Its possible that a bit of love and respect for their solipism will enhance this critique into a project proposal for the elite instead of a letter in blood left on the door.