Voter psychology and the bloodless revolution to end bloodshed 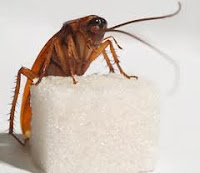 Right, left and center voters must unite against politicians

by Denis G. Rancourt
This essay was first posted on the Activist Teacher blog.

Fear is the primary motivation for many voters.

Left voters mobilize when they feel a danger from a perceived rabid right that would ghettoize racial minorities, tear down Medicare and state pensions, weaken labour unions, and criminalize behaviours on the basis of arbitrary moral or religious judgements.

Right voters mobilize when they feel a danger from a perceived paternalistic left that would tax more, interfere more, manage more, and lead the country into fiscal disaster and deficient national safety. [1]

Why the hell should corporations and banks run our lives? And why the hell do they own the politicians? And why don’t we force governments to work for people?

We need a “voters’ alliance”, an understanding that voters – both right and left – will stand for government that actually represents people rather than serve undemocratic power structures.

All voters need to have as their first priority to take back government. We need to get rid of politicians and replace them with accountable representatives.

No more “the global economy controls my life” bullshit. No more letting the banks set financial policy and industry set corporate policy. No more bank and corporate lobbyists. No more corporate or government media – free the waves. No more “industry is the government regulator’s client” bullshit.

Individuals should not pay taxes, except specific taxes for targeted use agreed to by referendum. Profits and interests on loans are benefits to non-democratic corporations and banks, gratuitously extracted from the working public. Therefore corporate profits and interests on private-bank loans can be taxed at whatever rate is needed to pay for whatever the public wants.

The practice of taxing folks to fatten corporations must end to be replaced with the common sense taxing of extracted profits and extorted interests on private-capital loans. Regular folks don’t make profits, they earn pay from their personal contributions and such pay should not be taxed. Each earner has a right to decide how to spend his/her pay and that includes helping others or contributing to shared services.

Corporations and banks, like the economy, are not going to fold because profits and interests are taxed. They didn’t before and they won’t now. If anything, organized thievery is too resilient. Tax the shysters and leave people alone – a democratic counter to corporate and finance predation. This would help ensure that the public, through a representative government, stays in charge.

For this to work, it would require that there be no more corporate and finance secrets. Everything has to be open book. The public has a right to know exactly who owns and controls what and how much and by what means these scavenger systems extract their ransoms and rents. There should be no secrets in scam jobs.

Government needs to both get out of peoples lives and put a heavy democratically-controlled hand on the power structures that fuck people over.

But do force the corporate and finance books to be wide open and do tax interests and profits across the board, taking into account that small businesses are both more legitimate and more precarious than large corporations. And do prohibit mergers and power concentration. And do force break ups and distribution. And reduce foreign ownership, in both directions. And tie the economy to local democratic structures. And break up unhealthy mega operations in food and health.

The government’s job is to protect individual freedoms and that means controlling all undemocratic structures that feed on and constrain people.

Private enterprise is great, as long as it’s private and operates in a level-field competitive environment without giants that own banks, media and politicians. Small is better and the small can organize to share knowledge and costs on large projects but monopolies occupying entire regions are a no go.

Voters need to get control and to protect each other’s individual rights. With control come more ownership and less dependence on outside forces directed by others (those artificially at the top of the food chain).

BUT THEN THERE IS THE BIG PICTURE

But much remains unsaid. The US Empire is a military economy. A dominant military economy can thrive while being inefficient and insolvent because force runs the world. The US prints money at will and the US dollar will be the world currency as long as the US superpower is prepared to enforce its rule.

The paper economy can crash and burn as it suits the big boys but as long as the US military-industrial-finance complex – with its over one thousand military bases or installations or affiliations in over one hundred countries worldwide and with its strategic control of energy resources and of energy transport routes – has a tight grip on the world’s real economy US intervention, domination, and exploitation of continental-scale regions is the name of the game. [3]

This domination does not serve the US (and Canadian satellite) voter but only serves to make enemies and feed the military-industrial-finance machine. There is no need for the US to keep China and Russia down. Why not let all develop according to local desires, talents and resources and keep to making America work without projecting its force?

The only answer is racist fear and thirst for power. Voters need to cut the complex off from its addiction to violence and start making friends in the world.

The US cannot keep the world population under control with nuclear and conventional weapons so it spreads “democracy” – that is, US-style corruption where historic local decision making is abruptly replaced by show elections to pick US-baked political candidates who promote mega-corporate and world-Bank/IMF control of national economies. We all know who wins in the monopoly game of corporate and finance concentration.

The exported US “democracy” is accompanied by a western culture lifestyle of isolating individuals with technology, fast food and relative privilege and by making the working classes compete for the only kinds of jobs allowed after everything else is gutted by “reforms” or destroyed by all out war.

“Our” politicians sure know how to make friends in facilitating this all out militarily-backed finance-corporate exploitation and pillaging.

It’s true folks. The First World robs the Third and Developing Worlds using force. Come on – you knew that. All those lies about aid: Taxpayer financed infrastructure for better corporate exploitation… They only want to come to America because America has destroyed where they would prefer to live…

So we voters need to make a choice. It’s a real choice if we are going to “take back government”. Do we want to instruct government to call off the dogs or do we only want a bigger slice of the spoils? Do we want to be greedy murderers or do we trust that “live and let live and look after your own affairs” will do us justice?

Maybe our collective inability to make this choice, at the individual psychology level, is what is keeping us from taking back government and pushing back corporations and the financiers? Are we better off as house slaves or as freed slaves? [5]

Liberation is an all or nothing proposition. Murder and extortion don’t fit. [6]

[1] “On the racism and pathology of left progressive First-World activism” by Denis G. Rancourt

[2] “About the obscenity of the legal mind” by Denis G. Rancourt

[3] "Review Article: The Worldwide Network of US Military Bases" by Jules Dufour

[4] “On the question of Israel’s ‘right to exist’ and on Israel’s racism” by Denis G. Rancourt

[5] “That is my total objective” by Albert Cleage

[6] “Pedagogy of the oppressed” by Paulo Freire


Other essays by the same author:
http://rancourt.academicfreedom.ca/blogs-etc/essays.html

Denis G. Rancourt was a tenured and full professor of physics at the University of Ottawa in Canada. He practiced several areas of science which were funded by a national agency and ran an internationally recognized laboratory. He published over 100 articles in leading scientific journals. He developed popular activism courses and was an outspoken critic of the university administration and a defender of student and Palestinian rights. He was fired for his dissidence in 2009 by a president who is a staunch supporter of Israeli policy. [See rancourt.academicfreedom.ca]
Posted by Denis Rancourt at 10:44 AM

I agree with much of this, but I don't agree with "take back the government" for a couple of reasons.

1.) It was never the Peoples, so you can't take back something that was never yours. The government, at least in the U.S., but I surmise it's not very different in Canada in its effect and purpose, was designed to protect the wealthy land-owning Plutocratic Oligarchy. It was designed with the veneer of democracy to placate the unwashed masses.

2.) Considering number 1.), why would we want something that was never intended for us, or created with our best interests in mind? We should not, therefore, take back the government, but rather take over and take down the government and replace it with something much more democratic and representative incorporating many of the ideas you have outlined.

Note, I did not capitalize government. Irreverence is like corrosive oxidation to the chains of our metaphorical bondage.

Aptly, my keyword verification is heave...as in heave this pile of shit (read government) into the abyss...but don't throw the baby out with the spoiled bathwater.

On the question of taking "back" the government: It's a question of degree (or perceived degree?). In recent decades there has been a march towards monopoly and advancing corporate fascism. Power has little fear of the working public these days. This is obvious in power's bold behaviour.

In this essay, I propose using the political structure to remove some power from corporations and private banks in order to provide more individual power and freedom. And I propose that people own their representatives and not let this ownership be railroaded into the usual.

I also indicate how libertarian ideals might unite right and left voters under the umbrella of personal rights and freedoms.

And I suggest that all voters be more clear about what they want and what the system is like that we inhabit.